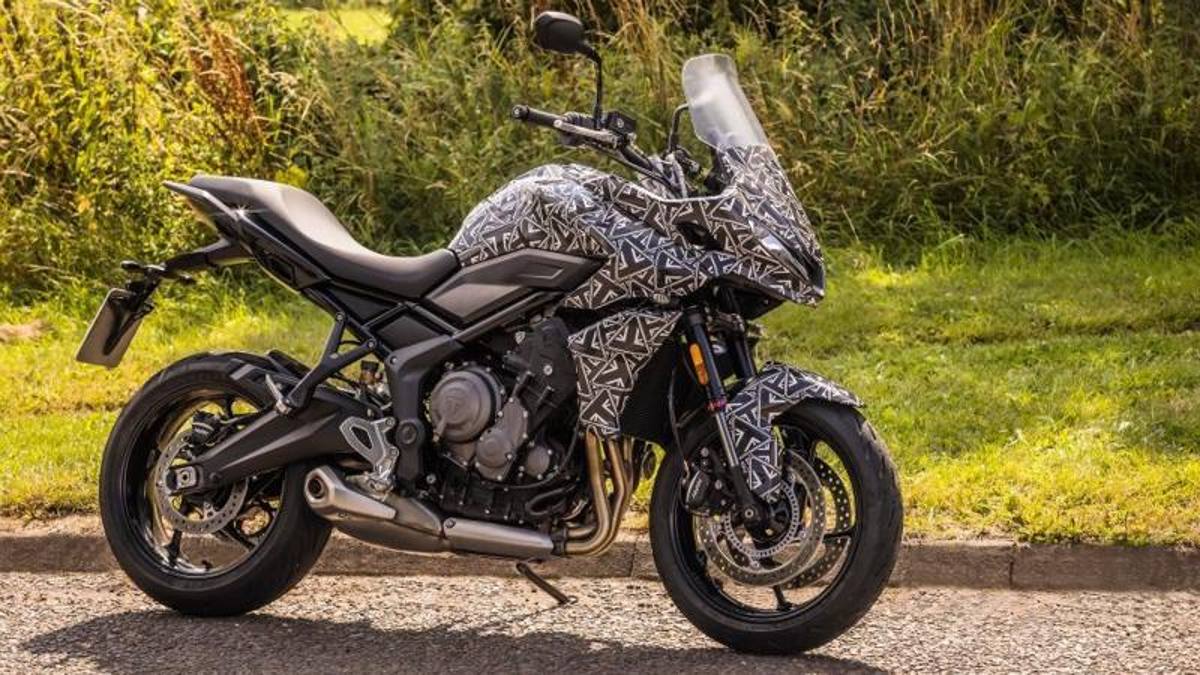 Photographed during road tests before launch, the new crossover should be developed on the basis of the new Trident, the bike that set the new stylistic course of the British house. The Tiger Sport 660 will debut in the fall at a price that should be under € 10,000

The famous British brand hints at a new model coming, a crossover bike that, apparently, should be inspired by the mechanics and chassis of the Trident: Triumph Tiger Sport 660. The specifications and technical characteristics of the bike are still unknown, whose only available images, for now, portray her with the camouflaged livery, the same goes for the launch date, probably in the first weeks of autumn (therefore in advance of Eicma 2021), and the price, which could be just over 9,000 euros .

As announced during the recent presentation of the Trident 660, a bike that opened the new stylistic course of the historic British manufacturer, Triumph should present two new models, an Adventure Bike not yet well defined and an Adventure Sport, the Tiger Sport 660 precisely . The new crossover could therefore be equipped with the 660 cc in-line three-cylinder engine with twin-shaft distribution with four valves per cylinder capable of delivering 81 hp at 10,250 rpm and a maximum torque of 64 Nm at 6,250 rpm.

The Tiger Sport 660 would also share the electronics with the Trident which includes the ride by wire command, two riding modes, Road and Rain, the traction control, as well as the bluetooth module that allows the instrumentation to interact with the smartphone and the GoPro.

Not just the engine and the electronics. The new Triumph Tiger Sport 660 would also feature the same tubular steel trellis frame with stressed engine and aluminum swingarm as the Trident. The Showa suspensions, as per Adventure characteristics, should guarantee a greater excursion than those present on the English naked. The 17 ”alloy wheels with 120/70 Michelin Road 5 tires at the front and 180/55 at the rear appear to be identical. The braking system is also identical to the Trident, consisting of two 310 mm discs at the front and two-piston floating calipers and, at the rear, a disc with a single-piston floating caliper.

Halo Infinite has been given a launch date