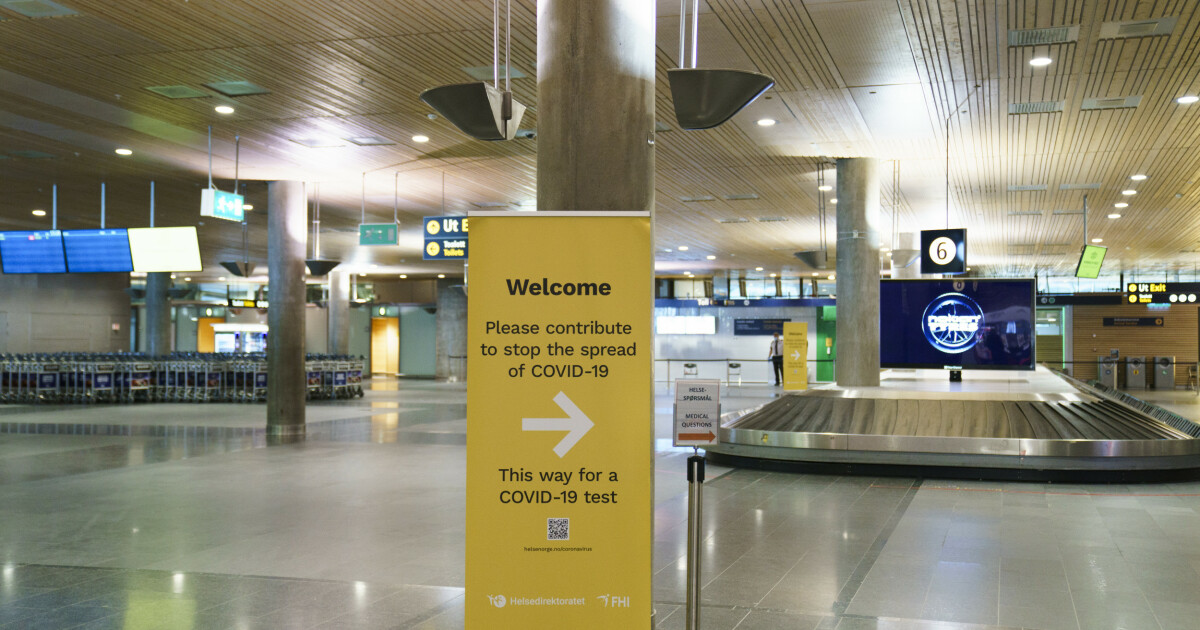 It writes the government in a press release.

The distinction between necessary and unnecessary travel is removed when entering Norway, so that travelers from the United Kingdom and EEA / Schengen countries with low infection do not have to be in quarantine hotels.

– We are now changing the rules for quarantine hotels. We remove the distinction between necessary and unnecessary travel when entering Norway, and rather look at the infection pressure in individual countries, says Minister of Justice and Emergency Management Monica Mæland (H).

However, people who have been in areas with high infection must be quarantined in hotels, regardless of the purpose of the trip.

Exceptions are also introduced from the entry restrictions for foreigners residing in areas that are not subject to quarantine obligations in Norway, the press release states. Today, this applies to Greenland, the Faroe Islands, Iceland and parts of Finland.

Travelers from European countries who have fewer than 150 new infections per 100,000 in the last 14 days do not have to stay in quarantine hotels. They must carry out the quarantine at home or in another suitable place of quarantine.

Travelers outside Europe will in principle be in quarantine hotels throughout the period, until a negative test at the earliest after seven days, the press release states.

– The strict measures at our borders have had an effect. The import infection has decreased, but the infection situation in the world around us is still complex and serious in many places. We must continue with strict restrictions on foreigners’ access to Norway, but we now give exceptions for those who live in countries where the infection is so low that we have no requirements for quarantine, says Minister of Justice and Emergency Management Monica Mæland.

It is also stated that the exceptions for strong welfare considerations will be continued. The government will introduce a dispensation scheme for this group which means that you can apply for an exemption from quarantine hotels, and get a decision before you are on the border, it is stated in the press release.

In addition, exceptions are made for seafarers who have stayed in countries outside the EEA / Schengen and the United Kingdom and who must enlist in Norway.

These must still be in quarantine hotels after they return home, but can carry out the quarantine before they muster on board the ship, it is stated in the press release. The changes will take effect from today, 21 May.

They must be quarantined until a negative test taken no earlier than day three after they return, the press release states.

Psoriasis and the Covid Vaccine: What You Should Know – Lifestyle