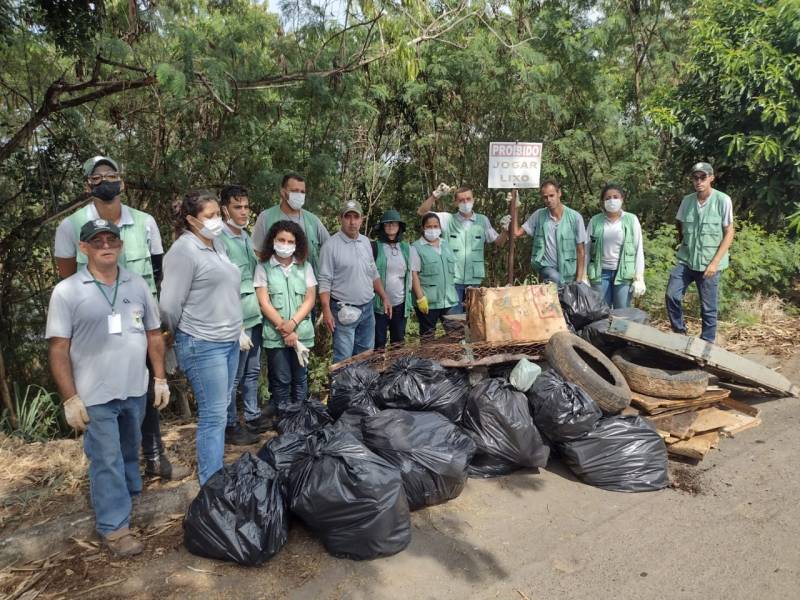 The Arcos Environmental Monitoring Control Center team, which conducts LIRAa, is doing a very serious job in the fight against dengue in the city.

Worried about a possible dengue outbreak in the city, the Municipal Government this year implemented ‘Mity Hall in your neighborhood’, the largest clean-up program in the municipality. Every Friday, a region welcomes municipal employees who remove dengue mosquito breeding sites and clean up land belonging to the City Hall. The excellence of the services provided to the community is reflected in the Aedes Aegypti Infestation Rapid Index (LIRAa) survey number, which was conducted between 2 and 6 May. In January, the infection rate (where mosquito outbreaks were found) was 10%; in the last week, the number fell to 4.6%.

Despite the drop, the situation still inspires care, because according to a reference from the Ministry of Health, the number of infestations above 3.9% put the city at ‘High Risk’ for an outbreak.

Another worrying situation is related to the notification of people with symptoms of the disease. In early January, there were no cases; last week there was a notification; this week, there are already eight, the highest number in 2022.

The survey inspected 1188 properties, including residential, commercial and vacant lots. According to the data presented, one factor remains predominant: most outbreaks are located in the home, indoors (indoors) and outpatient (areas around the home).

Approximately 80% of outbreaks are found in remote locations, where theoretically, it is sufficient for the resident to take preventive action to “break” the mosquito’s evolutionary cycle. “The rainy season is over; outbreaks are obtained at this time from the environment and place of use of the resident. No standing water after rain now; what we have is water stored without proper care. What is striking is that most of the positive beneficiaries are easily accessible and easily controlled by the resident, simply by performing their actions of elimination, to prevent him and his family from being affected by complications caused by contact with the transmitted disease Aedes aegypti “, emphasizes. Arcos Environmental Monitoring Control Center coordinator Tiago Carvalho.

According to Tiago, the work will be intensified in areas with higher infection indicators.

In the past few weeks, after identifying the first reported cases, the Arcos Environmental Surveillance Control Center has begun work on the use of the UBV Costal. Parts of the central region of the city and the neighborhoods of Brasília, Nossa Senhora do Carmo and Lourdes were sprayed. This work continues whenever two new cases are identified in the same region.

Municipal Health Secretary Adalgisa Borges has strengthened the need to combat and prevent the vector Aedes aegypti. “The most effective and economical way to keep dengue mosquitoes away is to keep them standing. If we take 10 minutes a week to check our domicile, it is enough to fulfill our duty as a conscientious citizen. ”

The foot is waiting to reach Haaland: