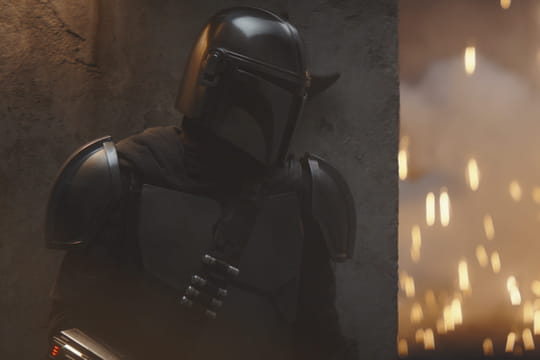 In broadcast in France on Disney + from April 7, the series The Mandalorian is eagerly awaited by the French public. Here’s what you need to know about his situation in the great timeline of the Star Wars saga.

[Mis à jour le 02 avril 2020 à 16h19] With the approach of the French broadcast of the series The Mandalorian on Disney ++, let’s take advantage of the calm before the storm to evoke what we know about the scenario of this one. First of all, note that the series starts between episode 6, The Return of the Jedi, and episode 7, The Force Awakens. To be completely precise, according to the official calendar, The Mandalorian is located five years after the Battle of Endor (that is to say in the year 9 after the Battle of Yavin, portrayed in A New Hope). In terms of geopolitical situation, the Galactic Empire suffered a heavy defeat on Endor: the Emperor Palpatine and his right arm Darth Vader are both dead. The New Republic was created from the ashes of the Empire and established the seat of the Senate on the planet Chandrila. The remaining Empire forces are dispatched to the edge of the galaxy, in the Outer Rim where the series The Mandalorian takes place.

As its name suggests, the series The Mandalorian follows a Mandalorian, a man of few words who lives according to the martial code of the Mandalorians and works for the bounty hunters guild. He sells his martial skills to the highest bidder and makes contracts in the Outer Rim until the day when an enigmatic client asks him not to kill someone but to recover for him a “child” whom he must bring back healthy and except, whatever the cost. The Mandalorian later discovers that it is not just any child, it is a youngster from the species of Yoda …

Test Disney + to watch The Mandalorian

It’s official, Canal ++ will broadcast in France the first episode of the Disney + The Mandalorian event series on April 7. This episode 1 will be broadcast in clear on Canal + and Canal + Family at 8:20 p.m. then at 9:20 p.m. on C8 and finally at 10:40 p.m. on CStar. Objective of the maneuver: celebrate the launch of the Disney + streaming service and create the event by revealing one of the key contents of the launch of the offer to potential future subscribers. It will also be an opportunity for subscribers to Canal + offers to find out what it is all about since Disney + will be included in certain group subscriptions. Note, however, that only episode 1 of The Mandalorian will be broadcast in the clear in this way on the channels of the Canal group.

Learn more about The Mandalorian

Originally scheduled for March 31 and March 24, it is finally April 7, 2020 that the French public will be able to start their subscription to the Disney + streaming service. The Star Wars series, big selling point for Disney, will be present in the catalog at launch and will therefore be broadcast in France on April 7, 2020. The first four episodes of season 1 of The Mandalorian will be available at launch while the other four will be released at the rate of one episode per week.

Casting side, it is Pedro Pascal who plays the title character of The Mandalorian. He is accompanied by Gina Carano in the role of Cara Dune while Giancarlo Esposito (Breaking Bad) embodies the character of Moff Gideon. We also know that actors like Nick Nolte, Werner Herzog or Carl Weathers make appearances of more or less importance in season 1 of The Mandalorian. Also note the presence of Taika Waititi in the series, in the role of the killer robot IG-11.

Broadcast in mid-November 2019 in the United States and from April 7, 2020 in France on Disney +, the first season of the Star Wars The Mandalorian series is made up of 8 episodes. The duration of each episode is between 30 and 40 minutes. Regarding the number of episodes available at launch, the Disney press service confirmed to us that, following the delay in the arrival in France of Disney +, all the episodes of The Mandalorian already available in Europe will be online from April 7 in France. This therefore represents four episodes. The sequel will be broadcast every Friday on Disney + at a rate of one episode per week. Below, find the list of titles for each episode and their date of broadcast in France.

The flagship series of the launch of the Disney + platform on the subscription streaming market, The Mandalorian is an esteem and commercial success for the house with big ears. It was therefore quite logical that a second season was produced. The Mandalorian season 2 was filmed at the beginning of 2020 for a release in all likelihood at the end of the year. Doubts arose, however, as to a possible delay. The world having been plunged into a health crisis because of the coronavirus pandemic, it would not be surprising that the post-production of this season 2 is complicated, which could lead to a delay of diffusion on Disney +. Lucasfilm and Disney have not officially communicated on this subject, however.

The Mandalorian – Broadcast on Disney + from April 7, 2020 in France

Hantavirus is not a new epidemic that comes from China