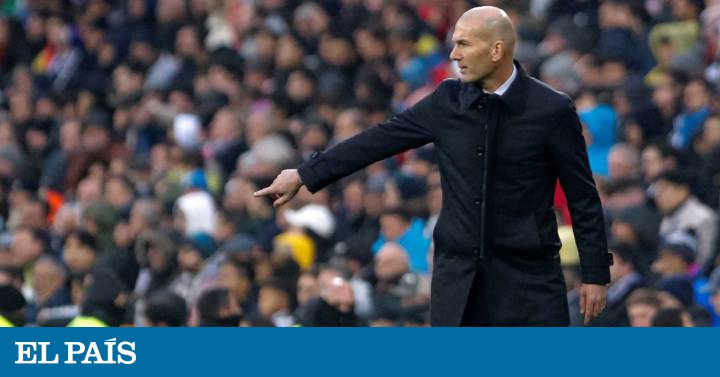 It has been established by general agreement – soccer is very grateful for easy narratives – that the transformation of Real Madrid occurred after the defeat with Mallorca. It makes sense to remember that date (October 19, day 9 of the championship) because he has not lost a game since then and seems in perfect condition to attack all the titles. His victory in the Super Cup adds little to the club’s record, but describes the upward path of the team, capable of reversing the previous feeling of emptiness in just three months.

It is easier to fix the moment of the change than the reasons that produced it. The explanations are very diverse, although the story points to two main actors: the stellar appearance of the young Valverde and the shrewd leadership of Zinedine Zidane. Of course, the reasons will be more varied, but in addition to dates it is convenient to put names and surnames to the turns caused by football.

Set to materialize relevant events, another date should not be forgotten: the suspension of Barça-Real Madrid a week after the stumble at Son Moix. Zidane’s situation seemed so delicate that his dismissal was openly discussed. He even had a designated successor, at least for journalism. Mourinho, no less. Whether it was true or not will never be known. The club was silent and the match was not contested by optional prescription. The sentence in the trial of the leaders of the process It inflamed the environment and the streets in Barcelona.

See also  Griezmann: I gave everything for Barcelona

Soccer is a playful game. Sometimes he has fun throwing dice in the air. Before that postponement, Ernesto Valverde was subjected to criticism that did not threaten his position. Any discontent with Barça’s performance was less than the satisfaction of its fans by the faltering step of Madrid, disappointing in the League and in the European Cup, where he had been humiliated by Paris Saint-Germain, with the added drawback of the tie. with Bruges at the Bernabéu.

Two months later, Real Madrid confirmed their progress with an excellent performance at the Camp Nou. Once again, Zidane had demonstrated his escapist status. There is no fence to resist it. He is the Houdini of soccer. It was probably in that delayed classic when the fence to Valverde began to tighten. He only sat twice more on the Barça bench (Espanyol in the League, Atlético in the Super Cup).

It is useless to think about what would have happened if that Barça-Real Madrid had been played on the date initially set. The only verifiable thing is that Madrid has remained undefeated since then and that its main adversary is led by a new coach. Another popular thesis is added as justification for Madrid’s leap. This is Zidane and his wisdom to manage the template, an explanation that is often used opportunistically. When things go wrong, he is accused of being weak against the team’s strengths. When the team works, he is praised for his good sense in promoting group cohesion.

The reality is that Zidane has been right with his decisions in a critical period. Madrid has radically improved. If the technicians are singled out for hardships, it is lawful to celebrate them in abundance, even if that means giving Zidane credit for an inverse management that was so highly valued when Madrid won their last European Cup. At that time the group narrowed – Llorente, Theo, Mayoral, Ceballos and Vallejo disappeared at a stroke – and now it has expanded it with a policy of opportunities for almost everyone. A full-fledged roulette. In management matters, Zidane looks like the player he was.

See also  Intermediate vocational / what is to retrieve the "soul" of a player?Huang Tailong: Just to have ideas | Sports | NOWnews Today News