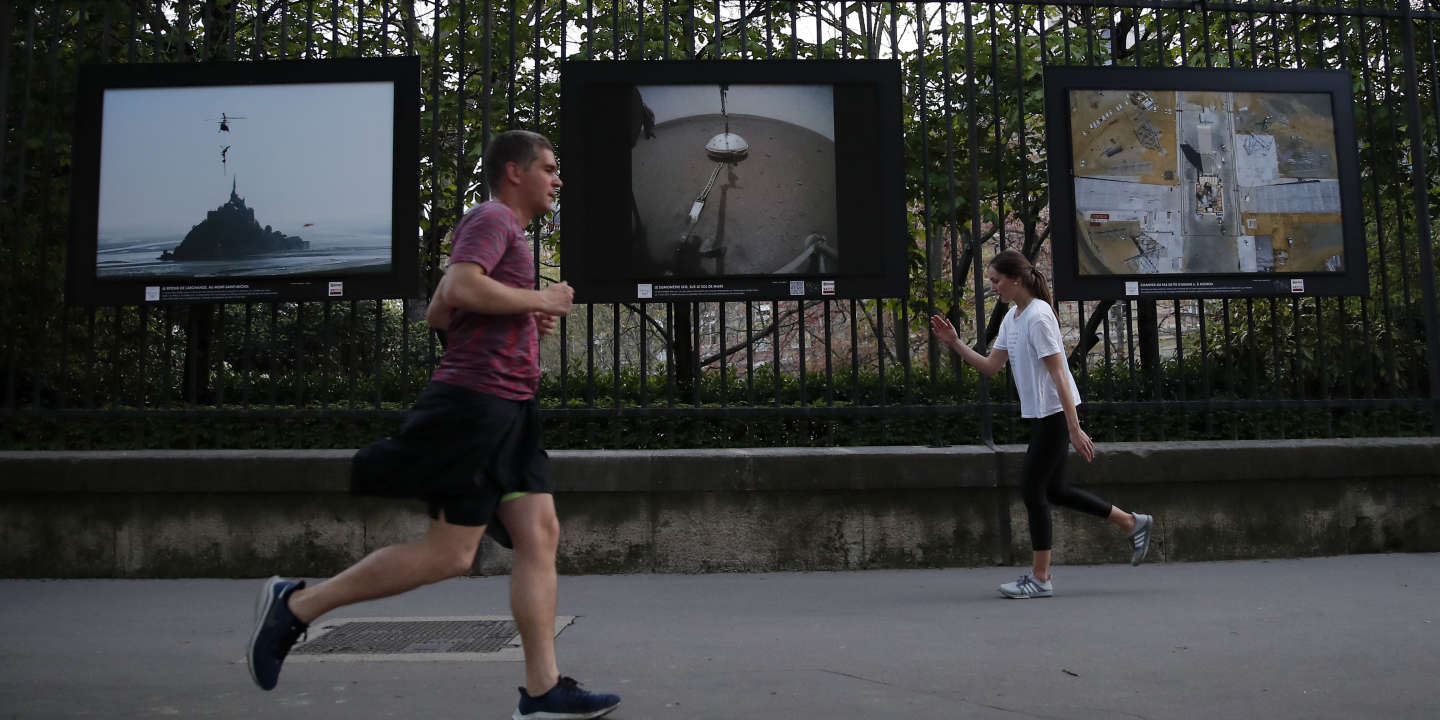 IThey seem to have surpassed the users of scooters at the top of the ranking of the most hated urban species: “Irresponsible”, “unconscious”, “selfish”, joggers are struggling with Parisians fleeing to their second homes, picnickers by the canal and young people hanging out at the bottom of the buildings.

Containment creates a whole range of frustrations. Most of them are very legitimate, others a little less so because of their jealousy. Thus the recurring impression that some people abuse the few remaining freedoms more than we do, and even that they enjoy privileges.

As anxiety-provoking as “The Walking Dead”

This is suggested by the first of the three cases provided for in the fifth box of the derogatory displacement certificate, under “Brief trips, limited to one hour daily and within a maximum radius of one kilometer around the home” : “People’s individual physical activity”.

The other two being “The walk with the only people gathered in the same home” and “The needs of pets”, we understand the happiness of the runners. First, they can go off on their own, with no other leash than the wire from their headphones, and without picking up anything behind them (except their overpriced headphones, if they fall).

Secondly, their getaways are not about transit to their place of work or the chore of shopping (which has become as anxiety-provoking as a new episode of The Walking Dead). Finally, and most importantly, they can escape other people in their home – which should make them feel light that no pair of tech shoes could approach.

Should we look for sociological causes of resentment? “One in three runners comes from the upper and middle categories, against one in five for all practitioners”, noted an investigation by the Ministry of Sports and Insep in 2010. Running is a mass sport, it will not however be said that, rich and healthy, the jogger makes efforts, but not to be loved.

Everyone therefore wants to destroy their jogger. Rather, let’s have a little empathy. Even those whose sporting performances are rare and accidental (breakdown of elevator, toddler escaping in the direction of the ring road) are seized with a desire to let off steam and note with spite that the jump rope of their youngest is really too short – especially with regard to their vertical relaxation.

This must be part of the problem, and some criticize the neo-joggers who found their first price runnings in the back of the closet. These are easily identifiable, with their technically reprehensible stride and their cropped trousers from the family workshop of making fabric masks.

We must also add to them all those that the closure of sports halls has released in the city, which they must be surprised that the landscape passes by under their stride, and where they multiply the clothing attacks.

The danger of the “wan runner”

Jogging lawyers (including some jogging lawyers) plead: sedentary lifestyle is bad, exercise strengthens the immune system. Another mitigating circumstance: how can we not give in to the temptation to run into town when the air has not been so clean since the start of the industrial revolution?

However, around fifteen million people, three-quarters of whom practice at least once a week (National barometer of sports practices, 2018), augmented by part of the fitness legion, it makes the world ahane on the street. But what are the risks of the jogger ahanment, what is the behavior of its aerosols? Pedestrians want to know!

These, slowed down by shopping carts loaded like semi-trailers, anxious to miss a barrier gesture, see the emergence of these permanent threats at safety distances, which seem to spray the virus in their wake. A Belgian-Dutch study goes in this direction, recommending deviations of … ten meters.

Certain cities, including the capital, enact an hourly embargo on sports outings. During the day, it is: “The races, not the race! “In the evening, it’s the Paris Marathon.

Here we are, improvised epidemiologists and virologists, condemned to unravel confused information and contradictory government directives to assess the dangerousness of the “wan runner”. Meanwhile, these bugger jerks are still running.