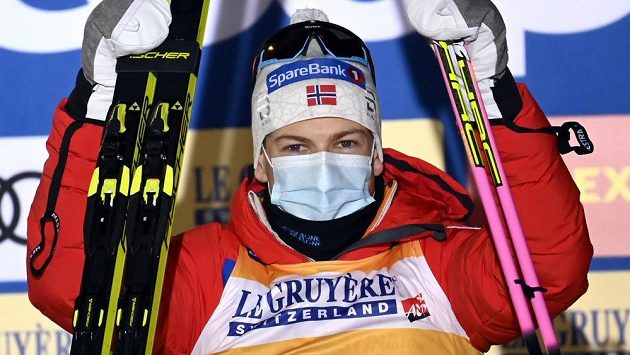 The current leader of the Cross-Country Skiers’ World Cup, Johannes Klaebo, has given up his participation in other parts of the series in Davos and Dresden due to coronavirus concerns. According to NRK radio, the 24-year-old Norwegian national team will not race until the end of the year, as he does not consider it reasonable to travel as much in the current situation.

The same position was taken by his national team colleague Emil Iversen. Head coach Espen Bjervig did not rule out that at least the entire Norwegian team would miss the races in Davos.

“I believe that skiing and racing are quite unimportant compared to the current pandemic,” said three-time Olympic champion Klaebo, who won two of three races at the opening stop of the World Championships in Ruka in Finland and took the lead in the standings. “At this time, I consider international travel a mistake. It brings contact to too many people. It requires the use of planes, buses, airports and much more. I will not be exposed to it,” Klaebo said.

He will first join the World Cup program on January 1, when the Tour de Ski starts. Iversen, who fears not only the infection but also forced forced preventive quarantine due to the possible presence of coronavirus in the team, intends to omit the prestigious miniseries.

I’m pissed. The ski drama resulted in an argument within the national team