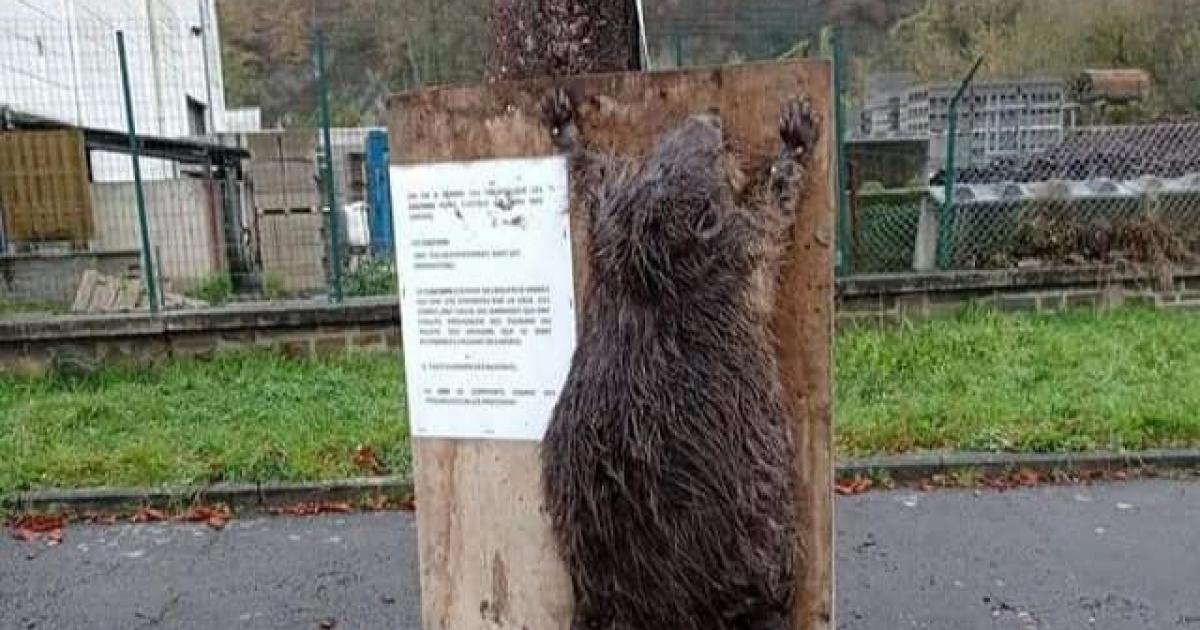 No, the beavers did not cause death during the floods of last July. Professor of geography at the University of Ghent, Jan Nyssen studied them.

Saturday, the remains of a beaver was discovered, nailed to a wooden panel, on the banks of the Ourthe, in Esneux. Next to it, a message: “We are fed up with the damage beavers do everywhere and in our gardens.” Beavers killed people in the floods. Beavers cut down thousands of trees that were washed away by the floods. These trees caused dams which then caused tsunamis or struck houses which collapsed causing deaths. These pests must be eliminated. “

So much statements against which Jan Nyssen protests, an inhabitant of Vottem, professor of geography at the University of Ghent and also a specialist in beaver dams in the Ardennes. “Beavers even have a beneficial effect,” he says.

►►Their dams, on the contrary, reduce the risk of flooding: here are the explanations of the specialist

I didn’t expect, it turns out that there are so many satellites around the earth