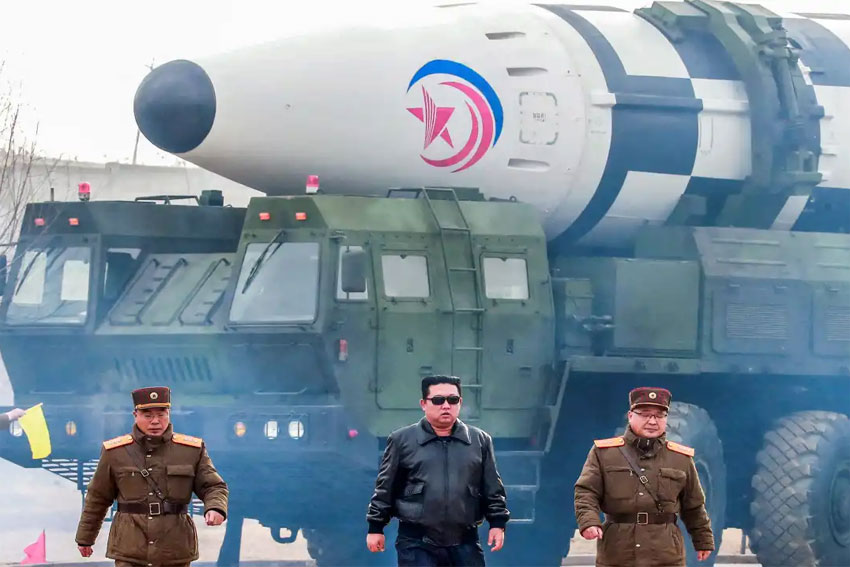 SEOUL – North Korea (North Korea) accused of falsifying launching what analysts called a “missile monster”, last week. This accusation was made by the military South Korea (South Korea) and a number of observers.

South Korea said the last successful test by North Korea may have been the same intercontinental ballistic missile Pyongyang fired in 2017. Last week, North Korea claimed it had successfully tested a Hwasong-17 missile – a long-range ICBM.

Read: Jong-un Directly Supervises Testing of Monster Missiles That Can Reach US Mainland

But South Korea’s defense ministry told AFP that Seoul and Washington had now concluded that the launch was actually from the Hwasong-15, an ICBM that Pyongyang tested in 2017.

“United States (US) and South Korean intelligence have determined that what was fired on March 24 was Hwasong-15,” a South Korean Defense Ministry official told AFP.

According to analysts, the missile is likely capable of carrying multiple warheads – the first being launched at a military parade in 2020. The two ICBMs, the Hwasong-15 and Hwasong-17, are potentially capable of hitting the US mainland.

Previously, Seoul and Tokyo separately confirmed at the time that the missile tested on March 24 had flown higher and longer than previous tests. But analysts later pointed to differences in North Korea’s accounts.

Read: Kim Jong-un: North Korea Develops Attack Capability That No One Can Stop

The false announcement was likely an attempt by Pyongyang to compensate for the failed launch on March 16, when a missile, which analysts say was actually a Hwasong-17, exploded shortly after launch.
According to Seoul-based specialist website NK News, debris from the failed test fell in or near Pyongyang as a ball of red smoke zigzagging across the sky.

A used Toyota car in Saudi Arabia, with a price starting from 10,000 Saudi riyals

It is possible, after all, change the Constitution, appears on ‘Constitution Day’ in the House of Representatives – Volkskrant