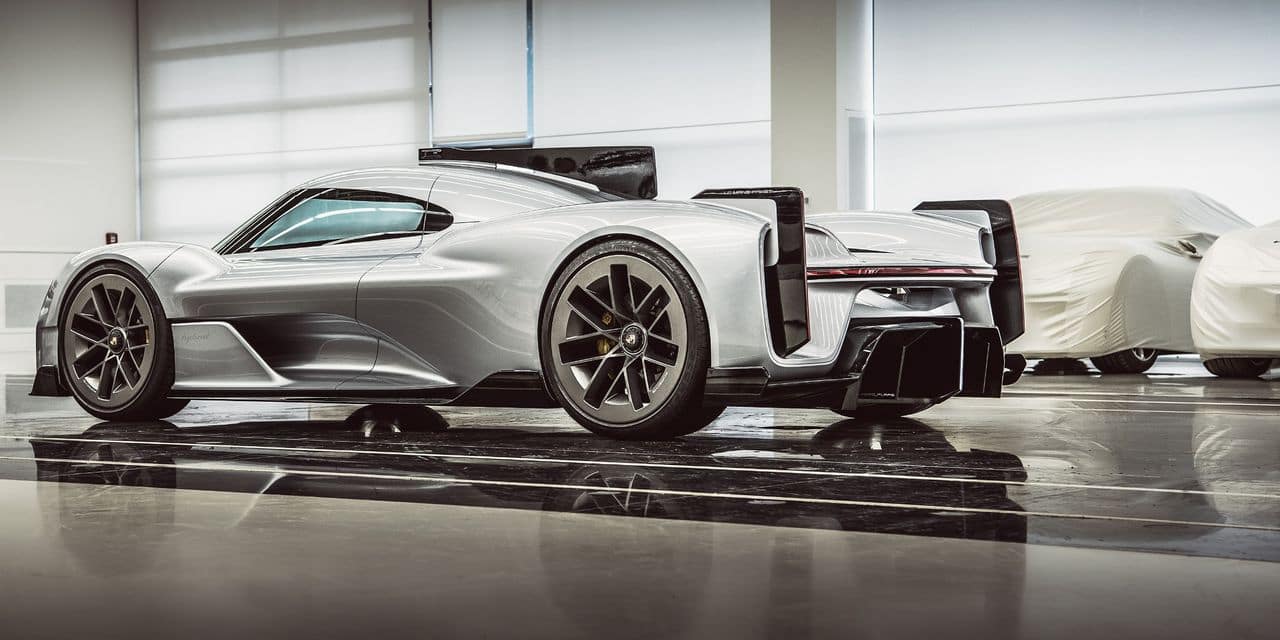 The cellars of the Porsche-style center must be a real Ali Baba’s cave for any car enthusiast. The new photos unveiled by the brand confirm it once again since we discover no less than 15 completely new concepts for the most part! These are divided into four “families”, each with their own particularities.

Spin-offs are derivatives of existing models. Adventure and the great outdoors seem to have inspired the designers who developed off-road versions of the Macan, but also of the 911. Named Vision Safari, both reflect the great era of rally-raids, in particular the 911 with its additional headlight bars, additional protections and increased ground clearance.

In the same category, we also find the Le Mans Living Legend, homage to the 550 which made its debut during the 24H of Le Mans 1953. And also the Boxster Bergspyder, a nod to the 909 Bergspyder intended for hill climbs. This concept had in fact already been presented during the Gaisberg race in 2019.

The mantra “Light is Right” guided the designers in the development of the Porsche 904 Living Legend, Vision 916 and Vision Spyder. The first is a sporty interpretation of the 2014 Volkswagen XL1, with a weight reduced to 900 kg and a new V2 engine under the hood. The Vision 916 draws the beginnings of electrification with an original architecture since four motors are installed in each of the wheels. A reference to the first Lohner-Porsche from the 1900s developed by Ferdinand Porsche. Finally, the Vision Spyder is a radical study of a compact roadster, tribute to the 550 Spyder “Little Bastard” by James Dean, but also to the 550 RS-Spyder which competed in the famous Carrera Panamericana.

Porsche has no equal for developing exceptional cars, and proves it by bringing out no less than 6 hypercars from its closet! The first, dubbed 919 Street, is quite simply a road version of the racing car that won the 24 Hours of Le Mans from 2015 to 2017 developed for the road. Project remained until today without continuation. Then come the 917 Living Legend, 906 Living Legend and Vision 920 all drawing their origins in motorsport as well. The 917 is a nod to the victorious model on the Circuit de la Sarthe in 1970, the second pays homage to the 906 of the Targa Florio in 1966. As for the third, it intended to celebrate Porsche’s 19 victories on the road. at the famous 24H. Motorsport still for Vision Formula E: concept evoking the possibility of offering Gentleman Drivers the opportunity to drive on the circuit a car very similar to those entered by the brand in the electric single-seater championship. Finally, the 918 RS was designed in 2019 as an ultimate version to celebrate the end of production of the famous 918, with a hybrid engine.

Beyond sports cars, Porsche has also developed models that are more out of step with the representation of the brand. The Porsche Vision Turismo is a study of 918 4-door, 4-seater, which appears to have inspired designers for the Taycan, the brand’s first electric sedan launched last year. But the most original is undoubtedly the Porsche Vision Road Service or “Renndienst”: it is a small… van, electrically powered. A pure study of style, this one is once again a tribute to the brand’s past, to the Volkswagen T1 which served as an assistance vehicle for racing teams in the 1950s and 1960s to be exact.