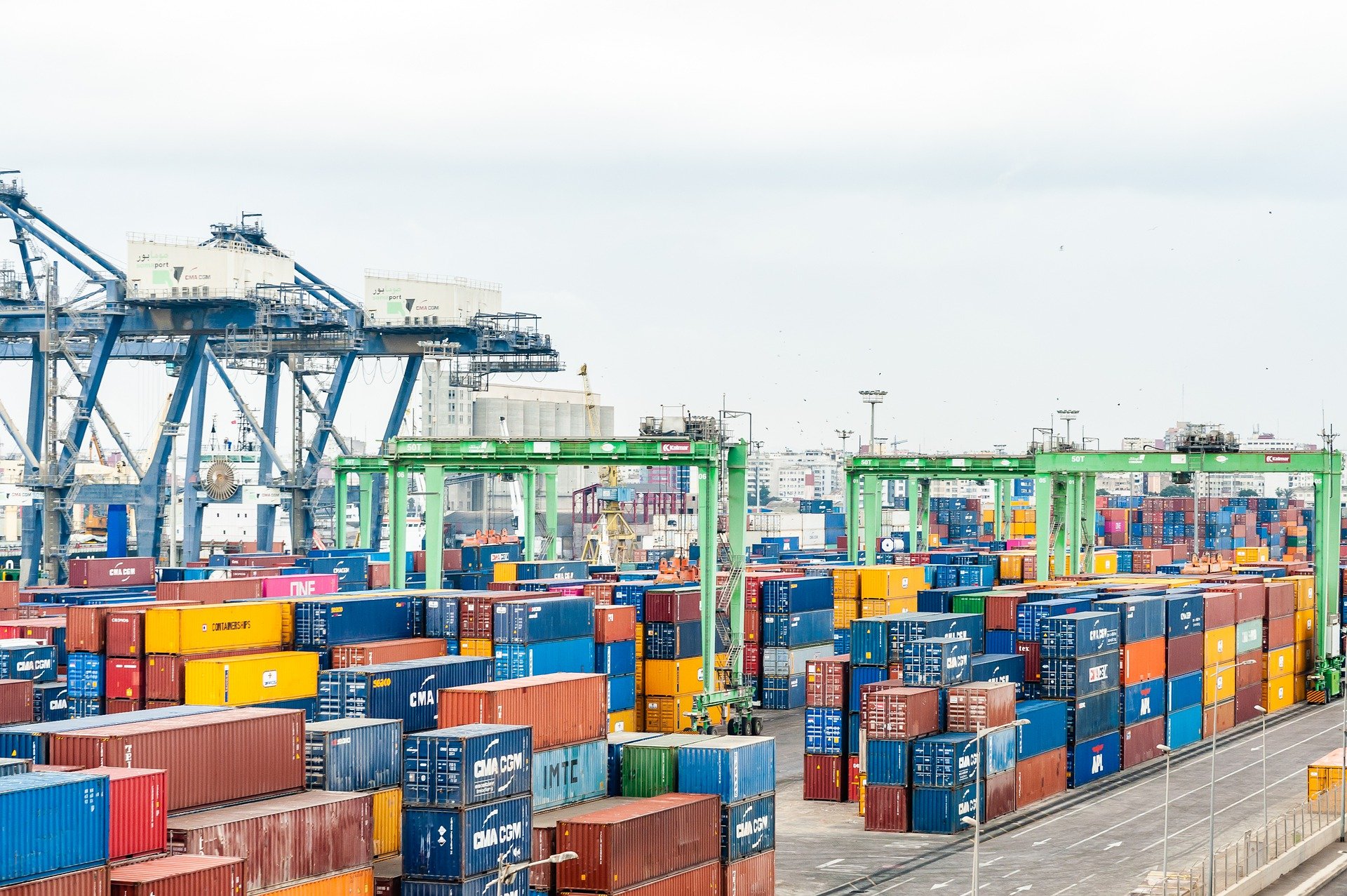 Entering 2022, the headline news is that the world’s largest economic and trade agreement RCEP has officially entered into force. For the Asian regional economy, RCEP is undoubtedly a booster, but for Taiwan, which has been rejected from the RCEP gate, how will RCEP affect us?

Entering the first day of 2022, there will be no more international headlines than the world’s largest trade agreement, the Regional Comprehensive Economic Partnership (RCEP), which has officially entered into force, covering more than 2 billion people and nearly one-third of business activities. Scale, overtake other rivals, and become the world’s largest free trade agreement.

Compared with the familiar “Trans-Pacific Strategic Economic Partnership Agreement” (TPP) or the derivative “Comprehensive Trans-Pacific Partnership Agreement” (CPTPP) that the people of Taiwan are familiar with, the biggest difference between RCEP and the former two is the dominant country. RCEP is dominated by China; TPP is dominated by the United States, which was born under the former US President Barack Obama’s “pivot to Asia” strategy; CPTPP is a product of TPP’s transformation in response to 2017 In the year that former U.S. President Donald Trump withdrew from the negotiations, the dominant country also changed from the United States to Japan.

However, regardless of TPP or CPTPP, the scale of coverage is not as large as RCEP. Now RCEP is the first to take effect in Brunei, Cambodia, Laos, Singapore, Thailand, Vietnam, China, Japan, New Zealand and Australia. After the approval of other member states such as Indonesia and Malaysia, the effectiveness of RCEP will gradually be touched.

Only India and Myanmar are in special conditions. The former announced their withdrawal during the negotiation. Therefore, the current RCEP members do not include India, and only retain the possibility of joining in the future. Although Myanmar approved the RCEP in name, it was in view of the military government in February last year. The coup has just been launched to overthrow the elected government, so the remaining member states have not yet agreed to apply for entry into force.

ASEAN first, China, Japan and South Korea followed up, ten years of negotiations have been successful

The world’s largest trade agreement. The RCEP negotiations took the lead in the ASEAN member states as early as 2011, and then joined China, Japan, South Korea and other countries. The negotiations will be completed in November 2020. In March of the following year, China became the first country to ratify this trade agreement.

90% of the products will enjoy tax reduction in the future

The first goal of this paper agreement is very clear. In short, it is to reduce tariffs. According to a report by the South China Morning Post, after the RCEP takes effect, it is estimated that 65% of the products in the member states will receive zero tariff concessions, and it will grow to about 90% in the next 20 years.

Ajay Sharma, head of HSBC’s Asia-Pacific trade and financing services department, pointed out that this achievement mainly benefited from the “Rules of origin” of the RCEP agreement. Under this condition, as long as 40% of the raw materials of the goods exported from RCEP come from a member country, the goods can enjoy tariff preferences when they are exported to another member country.

With this rule, Sharma believes that in the future, companies are more willing to use Southeast Asia as a production base, accelerate the diversification of the supply chain, and prompt foreign investment to re-adjust the investment layout of the Asian region.

▲ Despite the remarkable achievements in lowering tariffs, some trade experts believe that there is still room for improvement in RCEP’s regulations on labor and environment. (Source: Dazhi Video)

However, lowering tariffs is not the only advantage after RCEP hits the road. During the negotiation process, all countries have simplified trade procedures, and have also regulated e-commerce, intellectual property rights and government procurement, which is beneficial to the economic development of member countries.

In general, Sharma stated that regional trade was originally the driving force behind the economic development of Asia. In recent years, the volume of trade in Asia has long surpassed the total volume of trade between Asia, North America and Europe. Now that RCEP hits the road, “Asia is expected to quickly get rid of COVID-19. The impact of the epidemic has returned to the trajectory of development before the outbreak.”

Labor and environmental protection regulations are insufficient, and some members are hesitant

However, RCEP is not flawless. The Center for Strategic and International Studies (CSIS), a think tank in the United States, pointed out that RCEP’s labor and environmental protection regulations are insufficient, and regulations in dispute resolution mechanisms, competition, services, and investment are relatively weak.

Moreover, some member states are still hesitating whether to approve RCEP. Indonesian Minister of Agriculture Elly Rachmat Yasin once questioned the decision of Minister of Trade Muhammad Lutfi to promote Indonesia to join RCEP for fear of Indonesia’s industry after joining. Will be defeated by China, and the market will eventually be flooded with Chinese imports. India, which withdrew during the negotiations, also withdrew for similar reasons.

Small flaws without sacrificing the high expectations of the outside world

However, these have not hindered the high expectations of the outside world for RCEP. The Associated Press estimates that after RCEP hits the road, regional trade in Asia will grow by about 42 billion U.S. dollars (approximately NT$11,715.9 billion); American think tank Brooking The Brookings Institution estimates that by 2030, RCEP could increase global trade by US$500 billion (approximately NT$13.94475 billion).

Compared with the mutually beneficial Asian countries, Taiwan’s economy, which is rejected from the RCEP gate, is bound to face a certain degree of impact, but the actual impact is different among experts.

When the RCEP was officially signed two years ago, Formosa Petrochemical Chairman Chen Baolang and machine tool manufacturer Youjia Group President Zhu Zhiyang each expressed their views on RCEP, pointing out that the competitive advantage of Taiwanese companies will be greatly weakened, and the Ministry of Economic Affairs also admitted. The machinery, petrochemical, steel, and textile industries may be the first to bear the brunt. Therefore, the government will inject resources to accelerate the digitization of these industries to cope with the impact of RCEP.

Taiwan already has tariff concessions, move forward to set up factories in Southeast Asia to offset the impact

But Li Chun, an economist at the China Economic Research Institute, has a different opinion. He admitted that the impact of RCEP is undeniable. However, 70% of the products exported from Taiwan to RCEP member countries enjoy tariff preferences, so the impact may not be as large as the outside world expected. In addition, many Taiwanese companies have invested and set up factories in Southeast Asia, which can offset the impact of being rejected from RCEP.

Therefore, he argued that Taiwan should not continue to struggle to fail to join the RCEP, but should focus on the CPTPP, which China has not yet set foot in, and strive for more competitive advantages.

But Li Chun’s two points of view are precisely the real crisis in the eyes of Chen Yongfu, a Taiwanese political expert at the University of Canterbury in New Zealand. “When the only way for companies to stay competitive is to invest in RCEP member countries, Taiwan will face an industrial vacuum. The danger of transformation”.

As for joining the CPTPP, Chen Yongfu does not think that the actual practice is as simple as verbal. One of the reasons is that the CPTPP stipulates that new members can only be included with the consent of all member states.

“Taiwan and three of these countries-Chile, Peru, and Mexico-are not particularly close,” Chen Yongfu analyzed: “The number one trading partner of the three countries is China, and Taiwan is not even in the top five. CPTPP members really will Invite Taiwan first, and then invite China to join?”

▲ The absence of the United States will undoubtedly allow China to smoothly play the role of Big Brother in the RCEP negotiations. The picture shows the Premier of the State Council Li Keqiang (left) who represented China at the RCEP online signing ceremony and was appointed Minister of Commerce Zhong Shan. (Source: Dazhi Video)

The absence of the United States is important, RCEP will hedge against the impact of COVID-19

Without the intervention of the United States, China is quite optimistic about the prospects of RCEP. Vice Minister of Commerce Ren Hongbin once pointed out that the launch of RCEP on the road will “effectively hedge against the negative economic impact of the new crown pneumonia epidemic.” Beijing has previously said that RCEP will play a “strong and powerful role.” “Leverage” will help maintain the stability of trade and foreign investment throughout 2022, and accelerate China’s industrial transformation.

Wendy Cutler, deputy director of the Asia Society Policy Institute, a US think tank, described: “This will be a group of countries that are working together to try to establish new rules and standards, and the United States is going in another direction.”

More importantly, with the opportunity of signing RCEP, for the first time China has a free trade agreement with two other Asian economic powers-Japan and South Korea-and the industries of the three countries are expected to benefit.

Take Sino-Japanese trade as an example. After the RCEP takes effect, 57% of Chinese products exported to Japan will enjoy zero tariff treatment, and 86% of products exported from Japan to China will also enjoy the same treatment, which will benefit Japan’s automobile and auto parts manufacturing. business.

Optimistic about RCEP, we still need to guard against the “triple pressure”

However, even if he is quite optimistic about RCEP’s economic stimulus, Chinese Minister of Commerce Wang Wentao still reminds the outside world to be cautious of the “triple pressures” of trade development in 2022-demand contraction, supply shocks and weakening expectations. The impact is bound to be more significant in 2022.

▲ Experts pointed out that the launch of RCEP may become a wake-up call for the United States. (Source: Flickr/Gage Skidmore CC BY 2.0)

A wake-up call for the U.S. to consider returning to the Asia-Pacific

Gao Shuchao, a professor at the School of Law of Singapore Management University, said that RCEP may become “a wake-up call for the United States to rethink its strategy and return to the Asia-Pacific region.” In recent years, the United States has repeatedly refused to participate in Asia-Pacific trade negotiations, or set rules to offset China’s growing influence, which has frustrated allies such as Japan and Australia.

In the absence of the United States, China will control the global economy

This attitude of sitting idly by now seems to have changed. When the RCEP member states signed the agreement in 2020, the current U.S. President Joe Biden publicly stated that the U.S. must “present the rules” instead of letting China and other countries decide the outcome; in November last year, 13 Republican senators He also called on Biden to re-participate in trade negotiations in the Asia-Pacific region. The absence of the United States is equivalent to “encouraging other partners to move forward without us, and will ensure China’s control of the global economy.”

This has also been recognized by the Biden administration, revealing that the White House has realized the need for the economy to “return to the Asia-Pacific,” but related discussions are ongoing and there is no clear specific plan.

(This article is reprinted under the authorization of the Earth Atlas Team; the source of the first image: Pixabay)

with the high-energy tsunami, here are the companies ready to close – Corriere.it