DFor three years, 100 developers from the start-up fromAtoB have been working on an algorithm that queries and combines the offers and timetables of over 750 different transport providers and modes of transport such as train, flight, long-distance bus and carpooling in real time.

The result is amazing, because the website fromAtoB not only shows the user several travel options, but also sorts them according to criteria such as the cheapest price, shortest travel time, lowest CO2-Consumption. We spoke to the managing director of the start-up, Gunnar Berning.

WORLD: Users can use your website to find connections, buy tickets, and compare and book accommodations. That sounds like a kind of Google for travelers.

Gunnar Berning: Yes, that is our goal, but it will take two or three years to get there. First of all, we have to become a Google of mobility.

WORLD: I thought you are already?

Berning: With our algorithm, we are the technology leader in Europe for intermodal travel apps, that’s correct. We take the timetables of various mobility service providers, such as Deutsche Bahn, Flixbus and Eurowings, and link segments from them in real time to completely new timetables on our app.

To give you an example: a user who wants to go from Aachen to Berlin, for example, asks the app and receives the answer: first, take the Flixbus to Cologne Airport and fly from there to Berlin with Eurowings or at another time of day better to take the train from Aachen to Brussels and get on the plane there.

WORLD: How many options does the app display on average?

Berning: Five to ten based on our routing, along with the normal train and remote bus tickets; it always depends on the time window in which the traveler moves.

WORLD: And probably also from the respective connection of the places to the transport network?

Berning: Exactly. In principle, we can only ever display connections on which our mobility partners make stops. This means that if a location does not have a bus and train stop and is also avoided by alternative providers, it does not appear in the app.

WORLD: Do you have an approximate number of how many places in Germany are cut off from the outside world in this way?

However, the problem is not new. The Fraunhofer Institute for Transport and Infrastructure Systems already developed a prototype for intermodal travel eight years ago with the Smart Way app, thereby making the gaps in the German transport network visible.

WORLD: Did the experience of the Fraunhofer experts flow into your development work?

Berning: Many companies deal with intermodal travel; in Germany, for example, these are start-ups kiwi and Omio, But we are the first to bring an app to the market and do it all alone with our team, i.e. without the help of the Fraunhofer experts.

By the way, not even Google Maps can be intermodal. Try London to Kiel on Google Maps. No flights are shown, only 14 hours of train connections.

WORLD: And what does your app suggest in this case?

Berning: The fromAtoB app flies you to Kiel via Hanover or Hamburg and lets you travel to Kiel by Flixbus or train. We can’t show everything yet, but we’re working on it.

WORLD: Is there anything more precise?

Berning: We currently cover Germany, Austria and Switzerland with all means of transport and trains as well as connections from Germany to Paris, Amsterdam and London. In the coming months, our customers will also be able to travel within Italy, France, Benelux or Spain.

To Japan by train and ferry

WORLD: With every search, your app also shows the ecological footprint of the means of transport displayed – does the offer reach your users?

Berning: In the last three months after our CO2-Consumption display, the sale of long-distance bus and train tickets has developed very well compared to plane tickets at fromAtoB.

We follow with interest which of the displayed options the users choose, the cheapest, the fastest or the ecologically cleanest. But we don’t evaluate that. Guardianship in the sense of “everyone who flies is stupid” will never be with us.

WORLD: You can certainly give us a few numbers.

Berning: Over 70 percent of our users ultimately opt for a train ticket. However, this is not surprising, with 140 million long-distance travelers a year, Deutsche Bahn is still a major player; only around 25 million travelers travel by long-distance bus or domestic flight.

WORLD: The larger the geographic radius that you cover with your app, the more airlines need to be searched. Doesn’t the system reach its limits at some point due to the incredible amount of data?

Berning: No. Our developers and data scientists have set up our system scalable and clean right from the start; for us there is no limit to the connection of new mobility service providers.

WORLD: Can you actually include mobility service providers on your website without their express consent?

Berning: From a technical point of view, this is not a problem, keyword crawling. But we want to work in partnership with all mobility service providers. It’s only fair.

WORLD: The railways want to replace 1,500 kilometers of track and 1,500 points this year – delays are inevitable. If the worst comes to the worst, would you also find information on the website?

Berning: We would love to share delay information with our users. Unfortunately, Deutsche Bahn does not provide us and our competitors with real-time information.

WORLD: It is obviously not quite that fair in the economy …

Berning: You can’t generalize that; the aviation industry, for example, operates differently and issues real-time information. In the future it will be the standard, which brings us closer to our vision.

WORLD: Which would be?

Berning: The vision of fromAtoB is to offer the entire travel chain for the customer to be booked directly from a single source. A kind of door-to-door connection using all means of transport, including all the necessary tickets and payment processes. 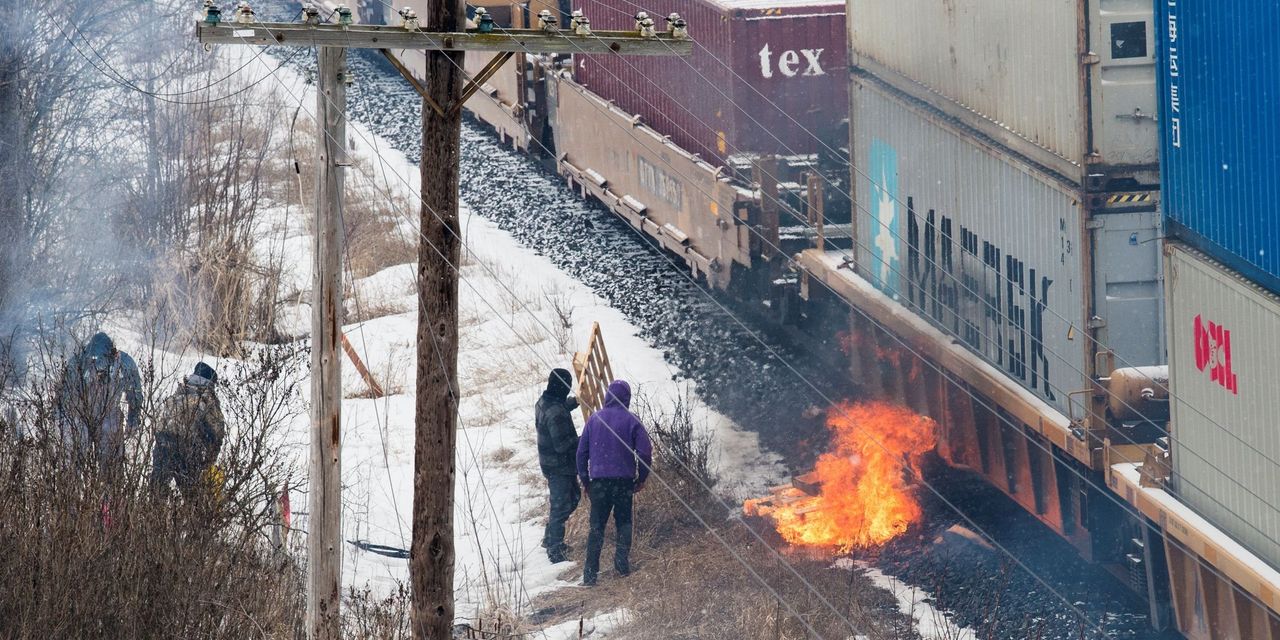 OTTAWA – The Canadian transport minister said Wednesday that the country was “many, many weeks” far from returning to normal for rail freight traffic, after police dismantled a blockade this week that had stifled shipments from east to west.

Marc Garneau told Ottawa reporters that the blockade, set up in an indigenous community some 120 miles east of Toronto, “slowed things down” and warned that the consequences could not be realized for months. The blockade affected the main east-west corridor managed by the Canadian National … 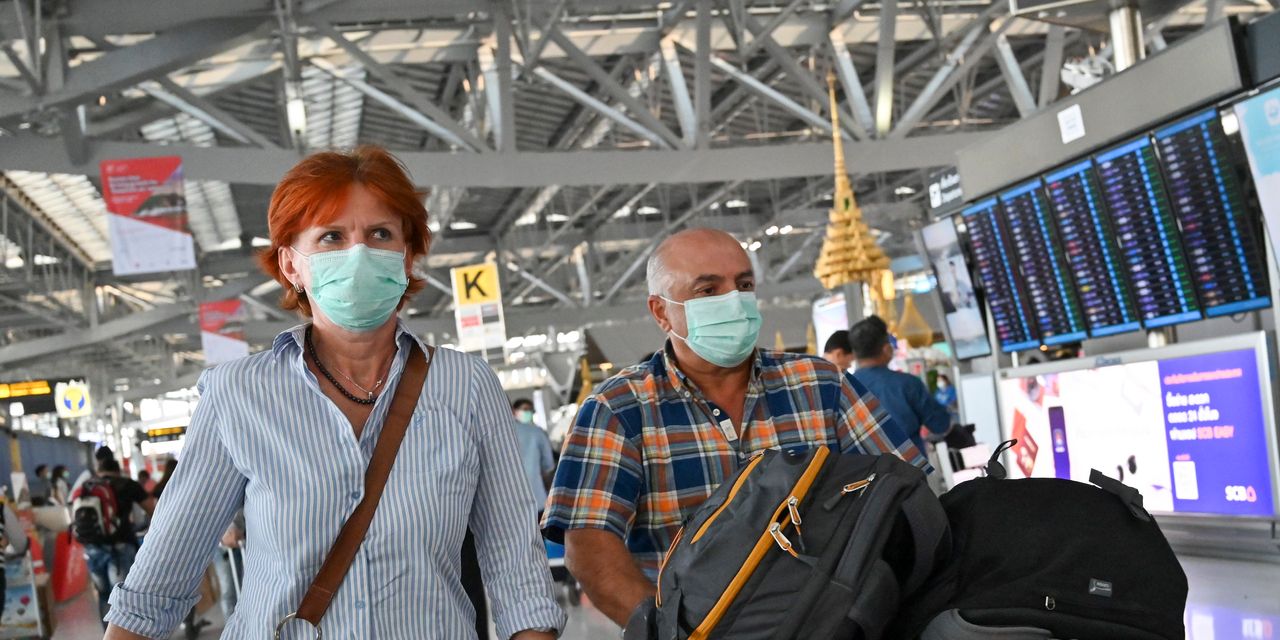 Should you postpone or cancel your trip due to coronavirus?

Yes, no and maybe.

For some destinations, the answer is clearly yes; others, a clear no. A growing number is perhaps becoming, where it really is a matter of how much worry and hassle you want to travel. 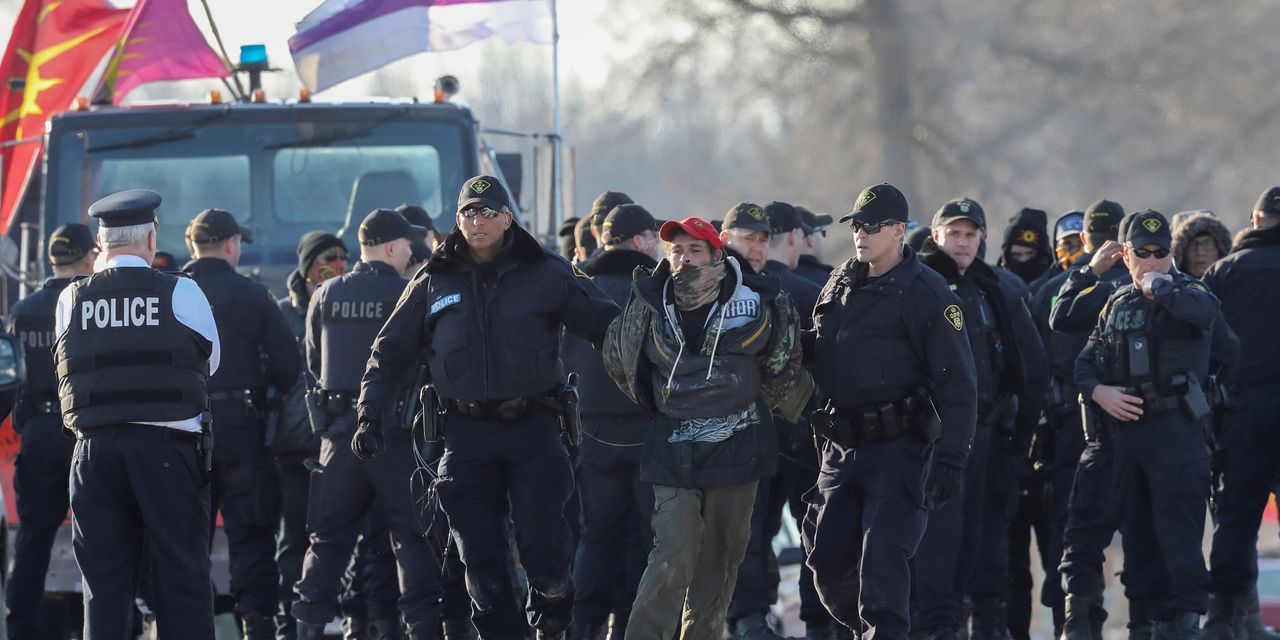 Canadian police dismantled a railway blockade led by indigenous anti-peline demonstrators on Monday that had stifled passenger and rail traffic for more than two weeks.

The move threatens to trigger a new round of indigenous protests and marches, observers say. The police intervention also marks another setback for Prime Minister Justin Trudeau’s efforts to support the ailing energy sector while supporting a solid climate change policy and reconciliation with the 1.7 million indigenous to the country.